You are here:
Behind The Hessian FencePeople of WoodfordiaThe Game 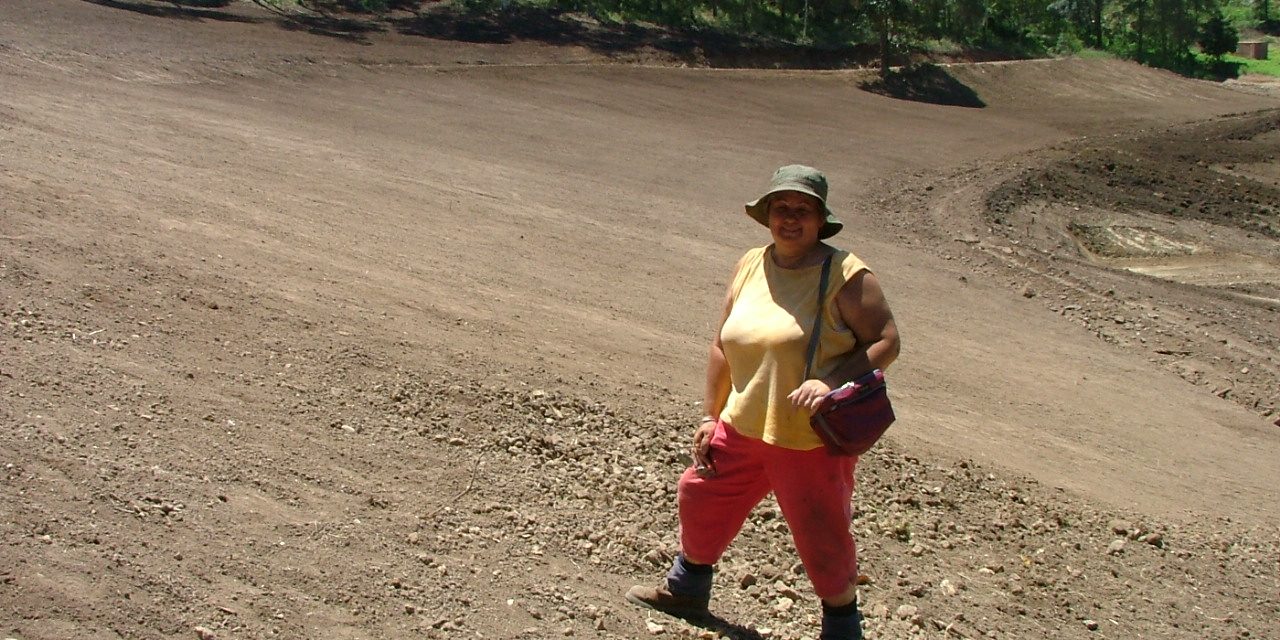 “Mum, you’ve gotta come! You and Dad would love it.” It was these words that started Rita McMorrow on her Woodfordian adventure over 20 years ago. Her son had been attending Woodford Folk Festival for some three years and decided that his parents needed to come along. After a little umming and ahing, Rita and her husband, Terry, bundled up their camping gear and made the journey from their home in Eumundi to Woodford for the 1997-1998 folk festival. Embraced by the loving arms of the Woodfordian community and floored by the quality of music and the site’s natural beauty, the pair found themselves utterly hooked. They had no choice but to admit that their then 18-year-old son was right… This time. The following year, Rita and Terry were introduced to the tree planting weekends. They threw themselves into the working bees. While the group’s leader, Matt Kilby, was away, they drove their campervan from Eumundi to Woodford every weekend for six months, ensuring the site was kept clean and tidy. When Matt was no longer able to man his post, Rita was nominated as his replacement. She swears that this was only because she brought a kettle, facilitating the group morning tea. However, it’s clear that she was chosen for her warmth, enthusiasm and hunger for knowledge. It probably didn’t hurt that she also makes a damn fine cuppa. Rita dubbed their motley crew of nature-loving volunteers, The TreeHuggers and designated the last Sunday of every month as their official working bee. 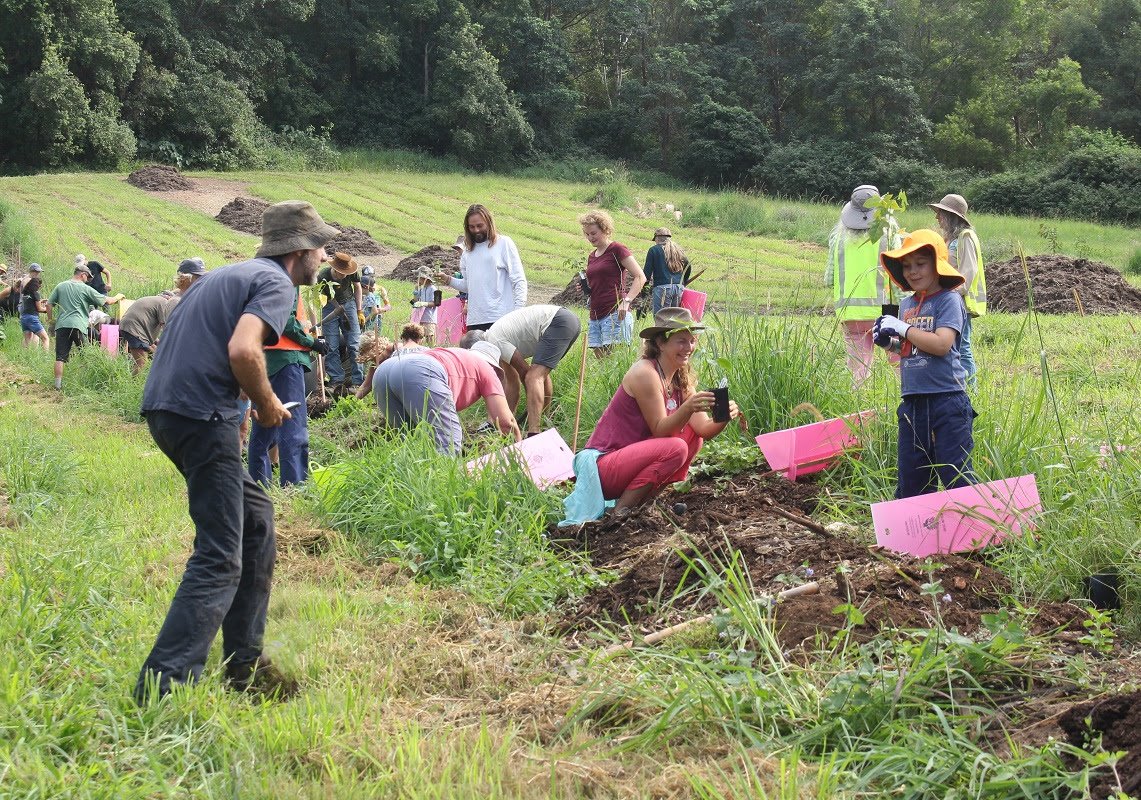 TreeHuggers hard at work but full of smiles – Feburary 2019

Longing to be closer to the little community that they helped build, Rita and Terry made the move from Eumundi to Woodford in 2008. Apparently not getting enough bush bashing at the monthly TreeHuggers weekends to satiate her, Rita started brush-cutting out on site two days a week. She spent three years tackling the stubborn undergrowth before a pro-lapsed disc forced her to swap out the hard manual labour for a desk job. It was at about the same time that Rita and Terry’s first grandson was born. Wanting to be free to spend more time with her family, Rita stepped down as leader of The TreeHuggers and placed the reins in the capable hands of Paul Powers. Talking fondly of her brush-cutting days, Rita says, “I reckon I could go back and do it now – I love it.” However, it’s no secret that she also loves her voluntary receptionist gig. Rita works the front desk at Woodfordia on Wednesdays and Thursdays and has done for the last six years. She does whatever needs doing, including answering the phone; reuniting people with their lost property; and sorting through the snail mail that gets returned to Woodfordia as its many young citizens shift to a new share house. She also helps out on The Festival of Small Halls, cutting up tickets and assisting in sales. Whilst in the office, Rita is often on instant messenger to her husband. Terry retired three years ago and if Rita needs a second opinion on anything, he’s always happy to help. Together they usually head up the team of volunteers during the Winter Warmer; their main goal – eradicating the forever re-appearing, pernicious Fireweed. “We thrive on our wicked banter towards each other,” says Rita. The couple have been married for 45 years and spent a massive amount of that time working alongside one another.

Back in 1999, The TreeHuggers was made up of about 20 but in recent years it has grown to some 50 busy bees. Most of the crew arrive on Saturday afternoon and set up camp before sunset. That night is all about sharing and enjoying one another’s company. A fire is lit, food is cooked, musical instruments are whipped out and drinks are tipped into warm, smiling faces. Conversation flows and anyone who feels so inclined is encouraged to get up and share a song, poem or story.  The kids bring along their instruments as well and take pride in showing the adults what they’ve been learning. Rita’s eight-year-old grandson plans to share a poem he’s written at the next weekend, inspired by the works of fellow TreeHugger, Wayne. Come Sunday morning, the group meets for a cuppa at Festival Hall before getting stuck into work, stopping only for what is rumoured to be the best morning tea around. 1PM is knock-off and the team winds down over a communal BBQ before heading home with dirty hands and full hearts. Rita talks lovingly of this tight-knit community, which together has mourned losses, celebrated births and watched with delight as sparks have flown between a pair of rosy-cheeked members. Two of the older souls in the group, both widowed, met one tree planting weekend and ended up marrying. They’re not the only ones either; some three couples have met through The TreeHuggers and ended up saying their “I do’s”. 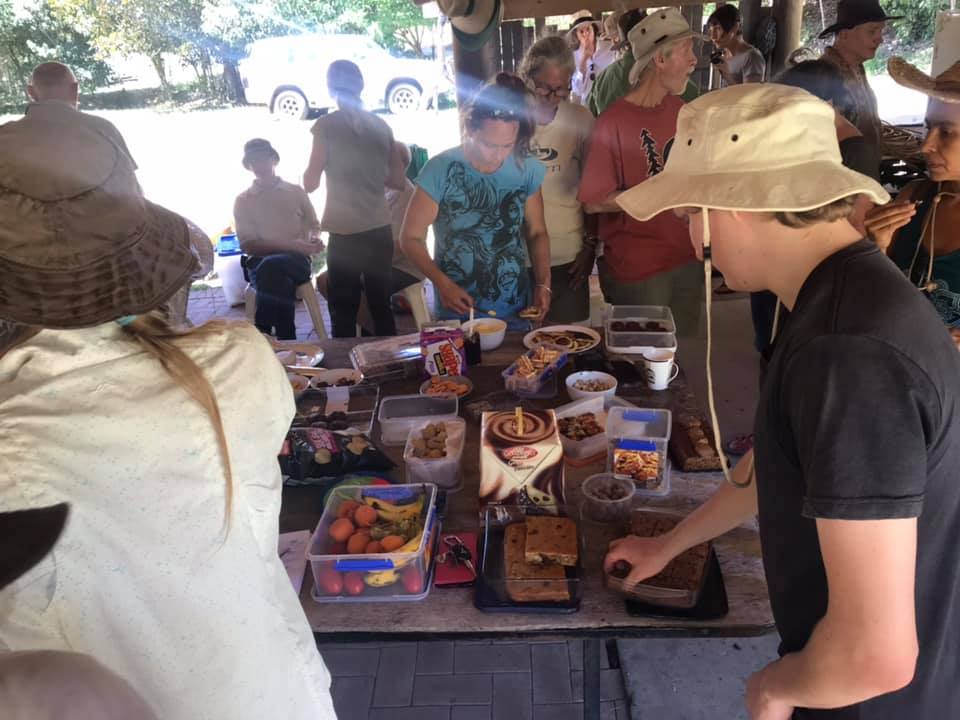 Perhaps as a result of these heart-warming couplings, The TreeHuggers has an ever-growing gaggle of littlies that frequent the monthly get-togethers. TreeHuggers for Kids was started up late last year to further engage this next generation. They’re an adventurous and enthusiastic bunch of youngsters who don’t shy away from getting their hands dirty. And there’s plenty of room to do just that!  The kids are equipped with walkie-talkies so they can stay in touch with the adults while they explore the seemingly endless nooks and crannies of Woodfordia’s beautiful bushland. The zealous group of gumnut babies are given a lot of freedom on these weekends, building their own sense of community, trust in themselves and care for the environment. A few months ago, the kids were sent out on a scavenger hunt. They were instructed to seek out certain trees and weeds and report back to the group with their findings. The intention is that the little ones will learn their trees; what weeds are around; what sorts of insects; and how to preserve our natural world. Rita’s grandkids attend almost every month and she hesitantly admits that she may have brainwashed them. The two young boys are constantly on the lookout for the toxic Fireweed, using their knowledge from The Winter Warmer to identify and plot a plan of action. They are very passionate about their trees and have been known to advise other kids against the willy-nilly snapping–off of branches. In a world where it’s hard to escape the screens, it’s exhilarating to see kids that are so passionate about learning about and preserving our beautiful, incredibly unique planet. 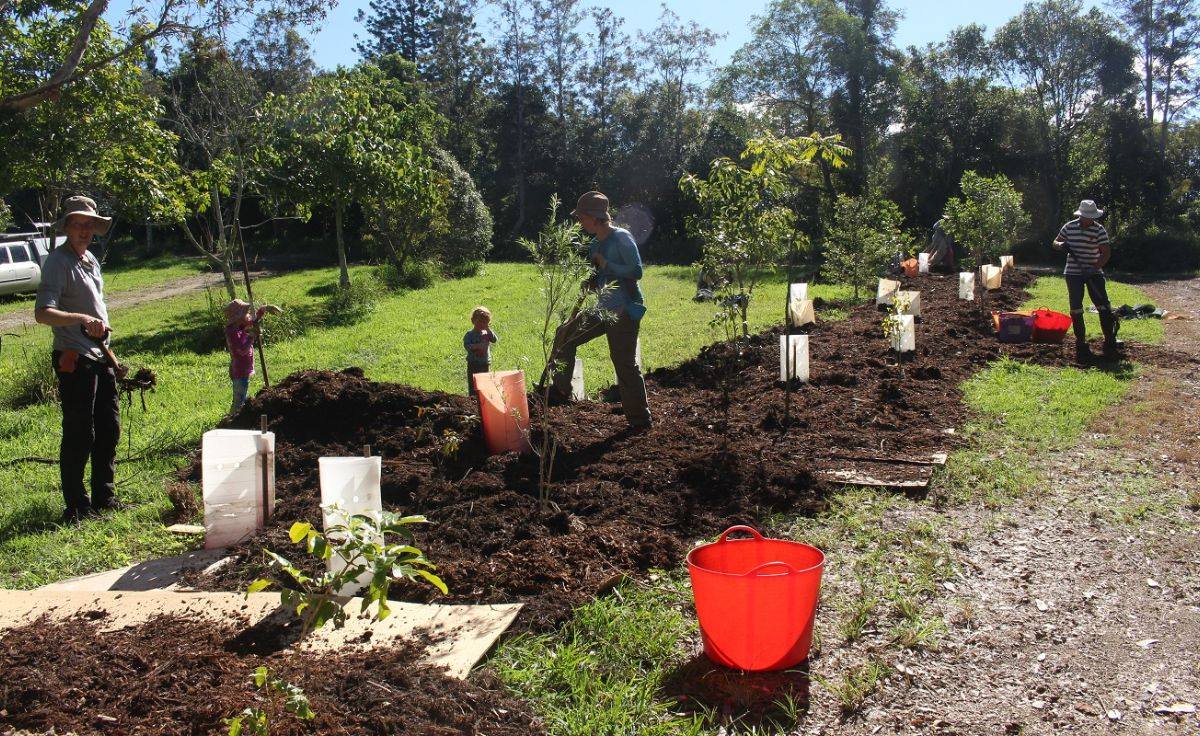 Planting the new road to the office – June 2019

Many hands have helped evolve the cherished 500 acres of Woodfordia over the years but there is no doubting that Rita’s have been among the most fervent. Although she’s laid her brush-cutter to rest, Rita’s ramblin’ days aren’t quite behind her. Should any extra hands be needed out on site, she has a set of “daggy clothes” at the ready. An inspiration to Woodfordians young and old, Rita continues to throw her heart and soul into the land, determined to leave behind a world that her grandkids and the generations following, may adore, protect and enjoy. “I love coming in,” she says. “They’re such a great bunch in here. We all muck around and take the mickey out of each other.” Her laugh is infectious and her ability to chat, unparalleled so, come along to the TreeHuggers meet-up, this Sunday 28 July if you fancy a good giggle, some proper banter and a magical Woodfordian weekend. 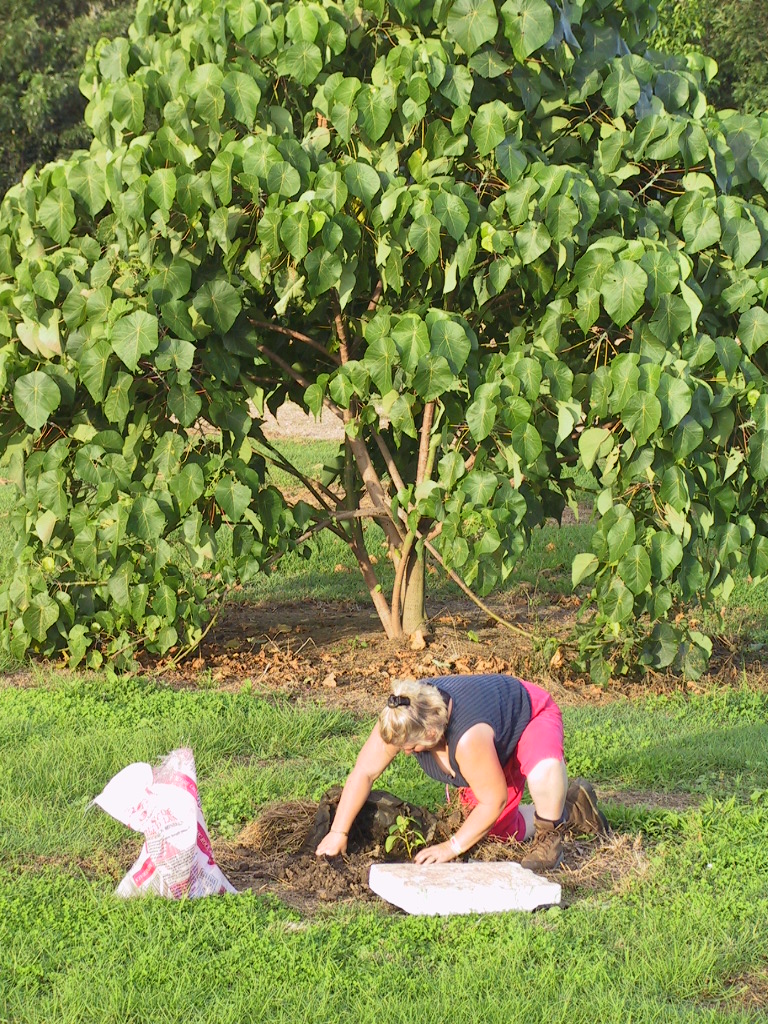