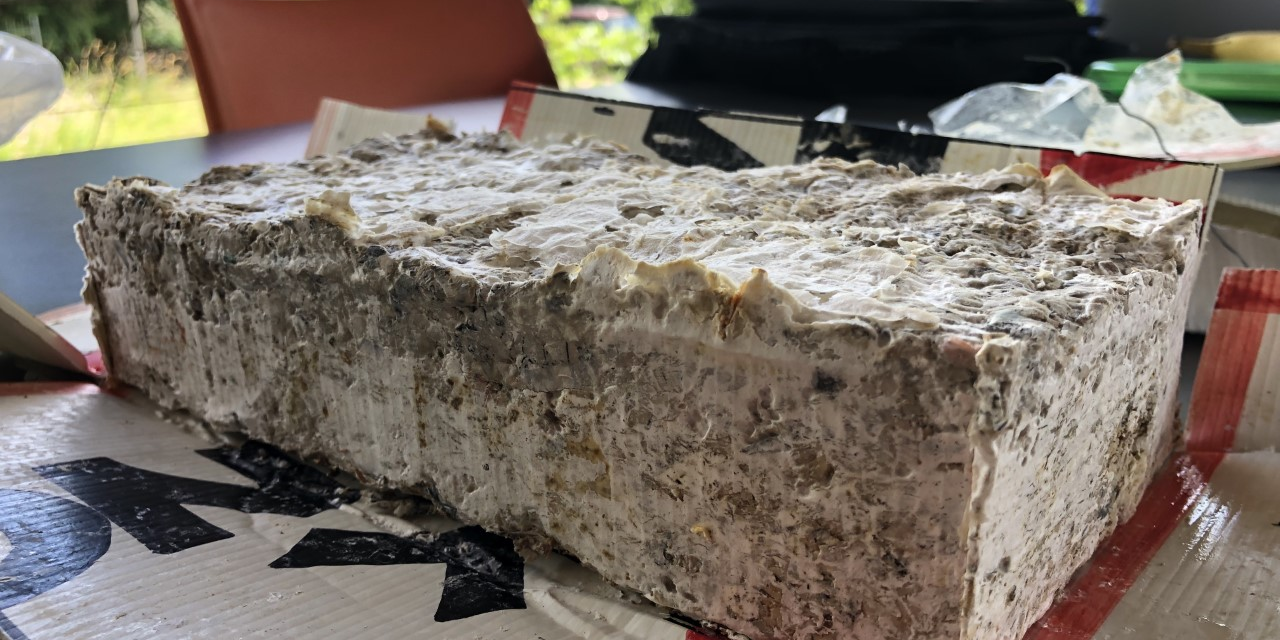 I’d like to give you an update on our last month’s activity.

If you remember, we did a little experiment to compare substrates for Oyster Mushroom mycelium growth?

This is also the order of colonisation by mycelium, with the exception of the coir, which the mycelium still has not colonised, and perhaps it never will.

The results can be seen in the following images:

On the 4th of March, 12 days after inoculation we can see that at top right cardboard is covered by white mycelium, under which we have the kitty litter, then top middle we have the pea straw, with dried Buckinhamia flowers and shredded paper mix underneath, top left we have cocopeat coir with pine shavings underneath 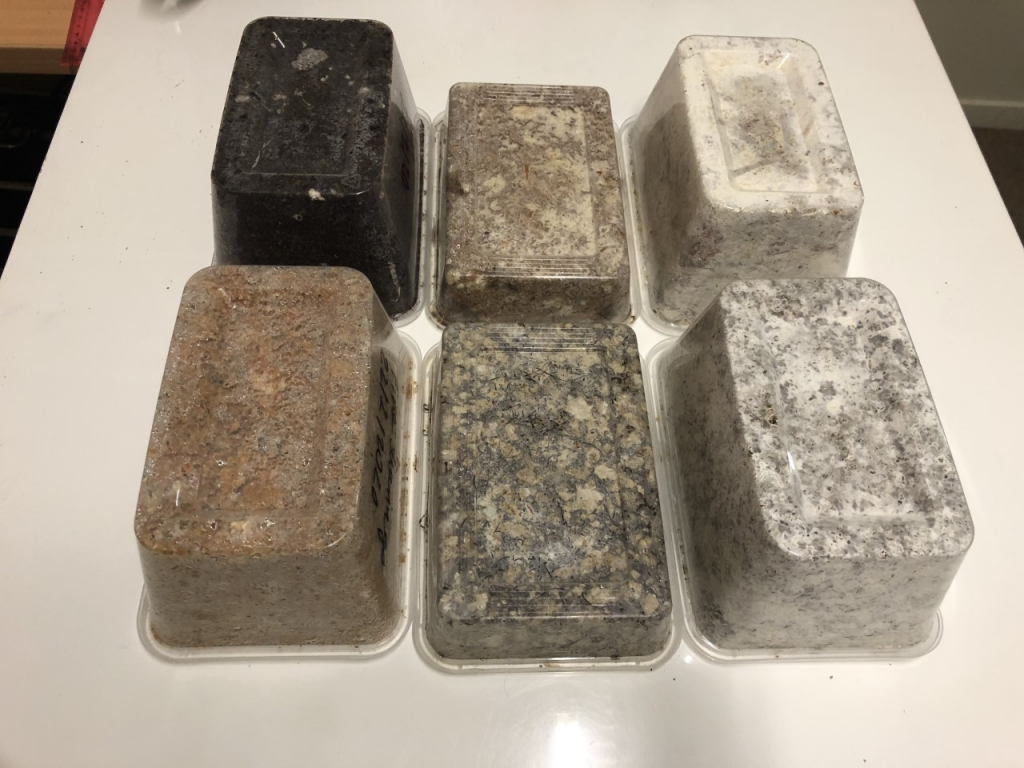 Then on the 5th of March, we have a similar situation but with a top down view: 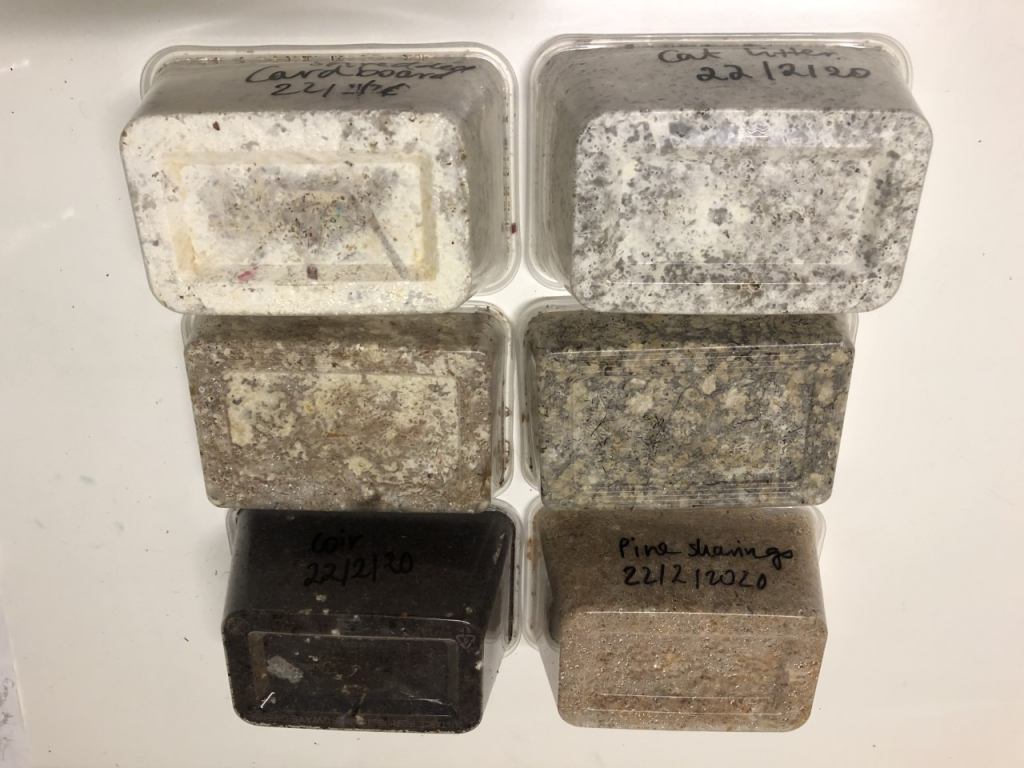 On the 10th we have another comparison: 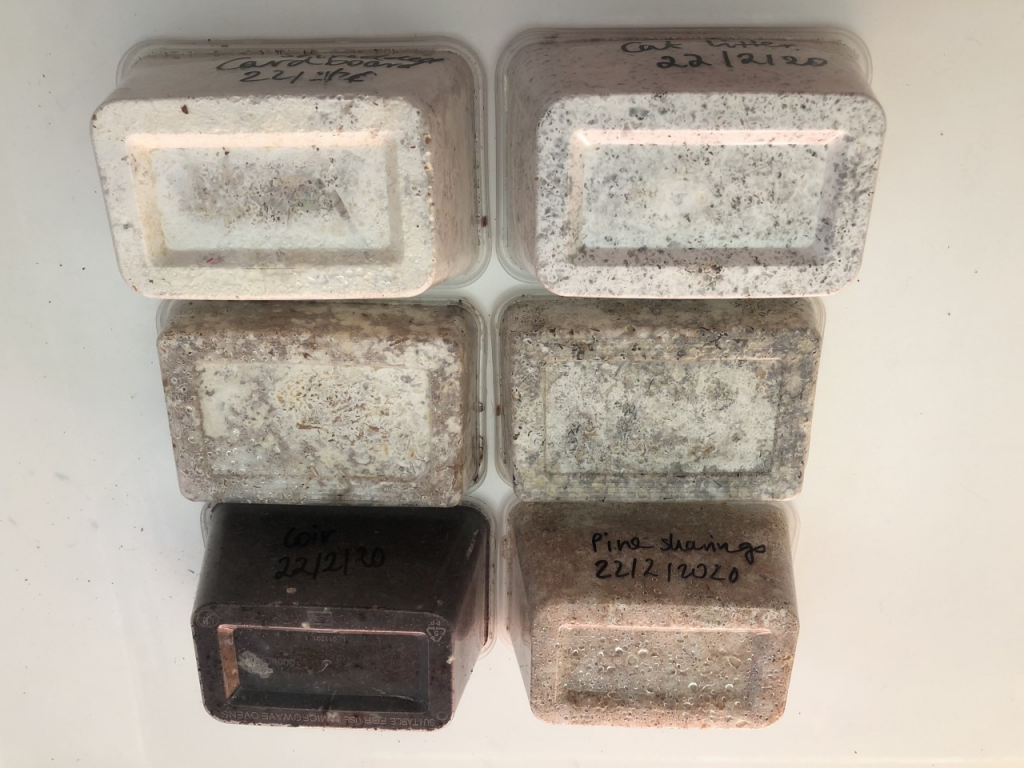 And then on the 17th of March notice the growth spurt on the pine shavings: 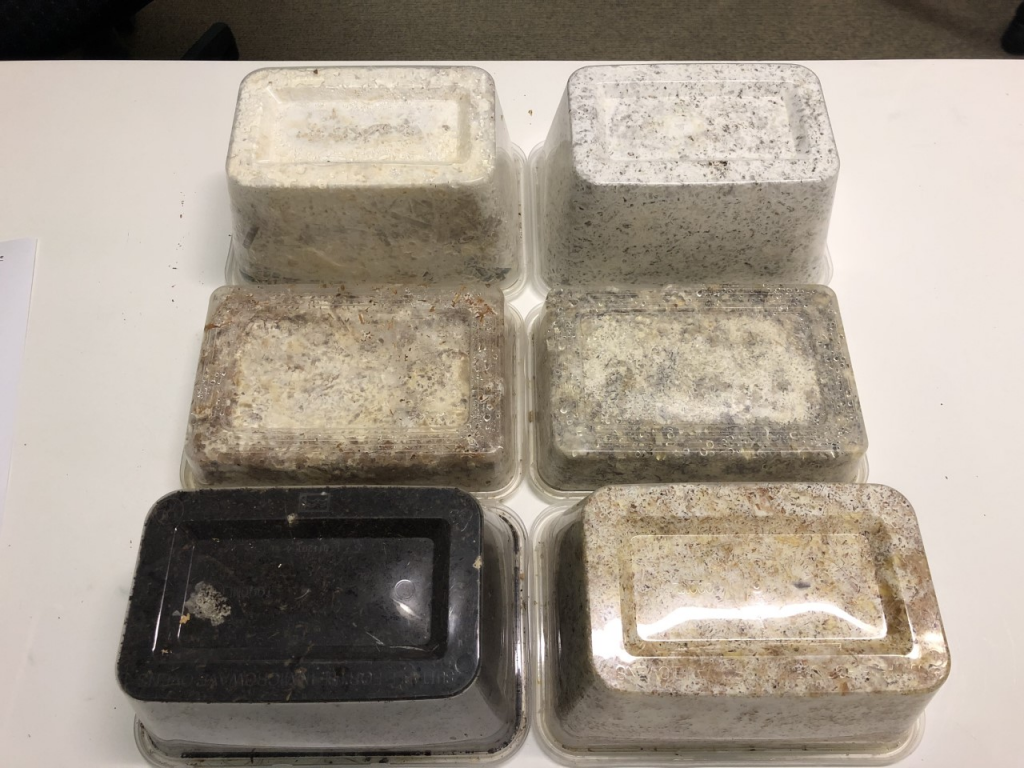 Here are the labelled containers: 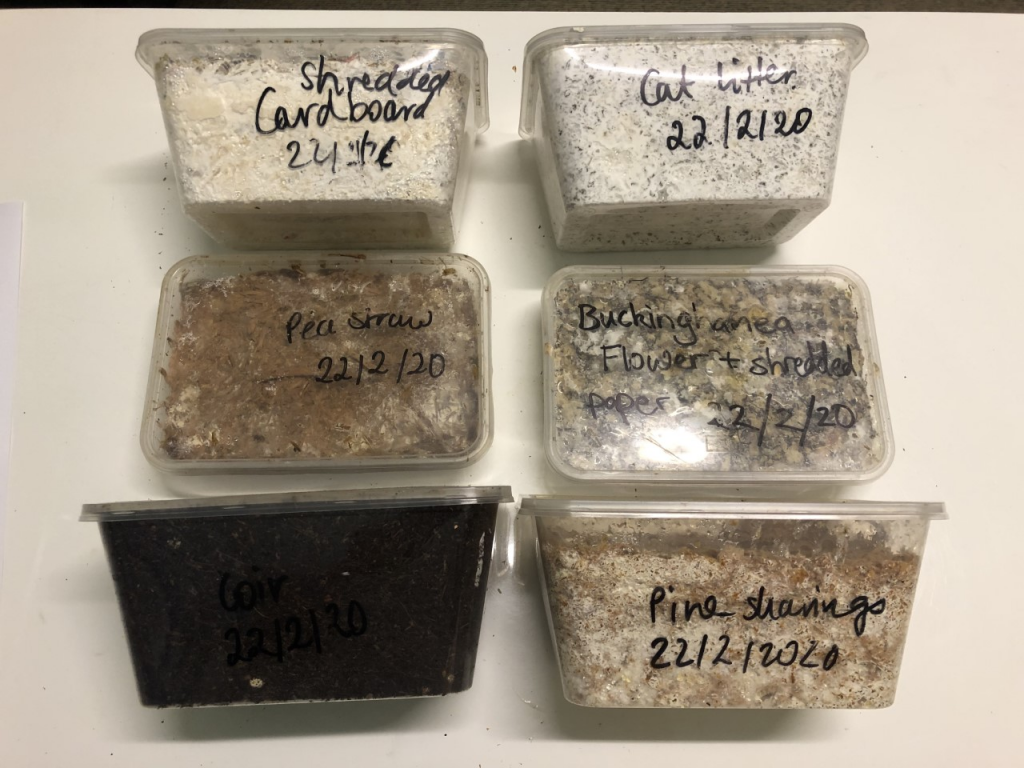 Additionally, on the 24th of March I have noticed that the dried Buckinhamia flowers and shredded paper mix started to produce primordia (baby mushrooms) and it is the only substrate that allowed for this: 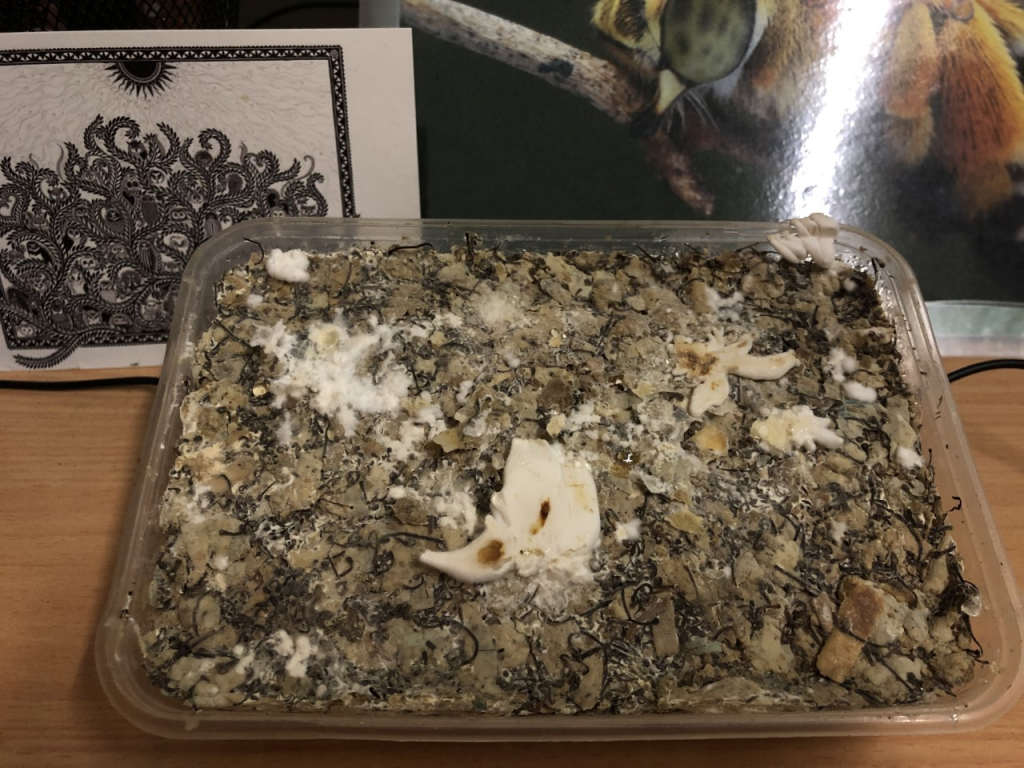 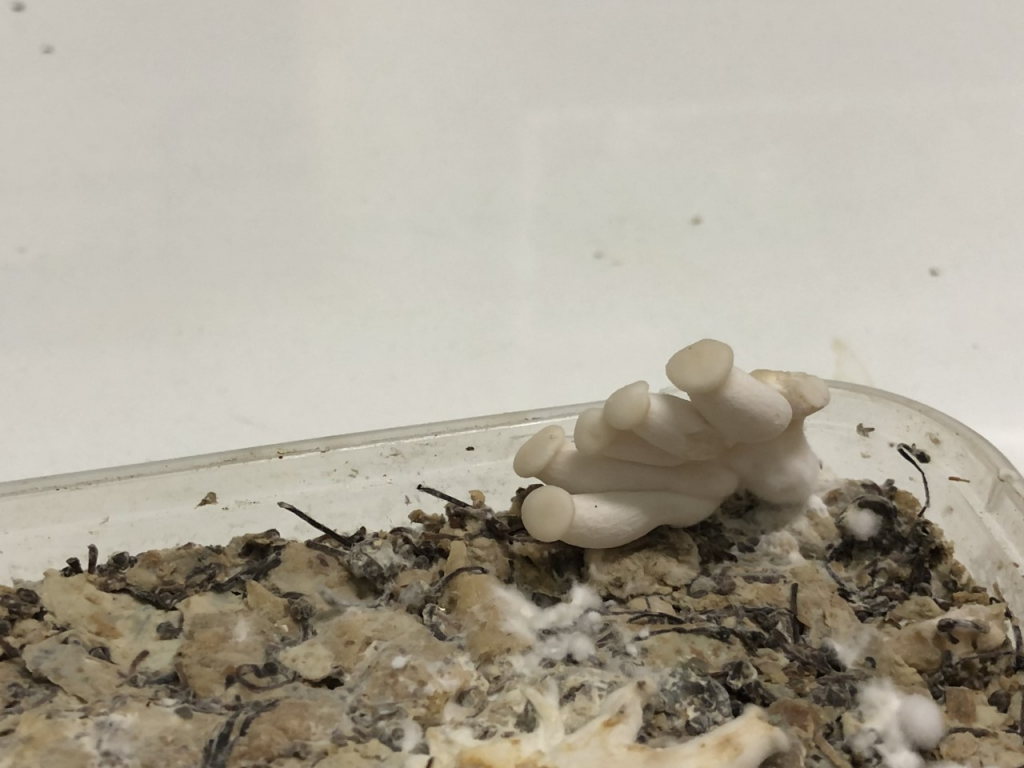 What can we deduct from this? That substrate or food source for mycelium makes a difference to the mycekium, the easier to consume the faster and more vigorous the growth. Also some substrates seem not edible to the myceliu, like the coir. And some substrates as that including the Buckinghamia flowers stimulates muchroom formation. Why might that be? Is it nutrient dependent? Of course our experiment was rudimentary with many variables such as differences in moisture and addition of mycelium volume versus substrate, to start with, however desite this, we can conclude that there are visible differences in the development of mycelium, depending on substrate or growth medium supplied.

Our first mycelium brick by Lisa and David is looking good too: 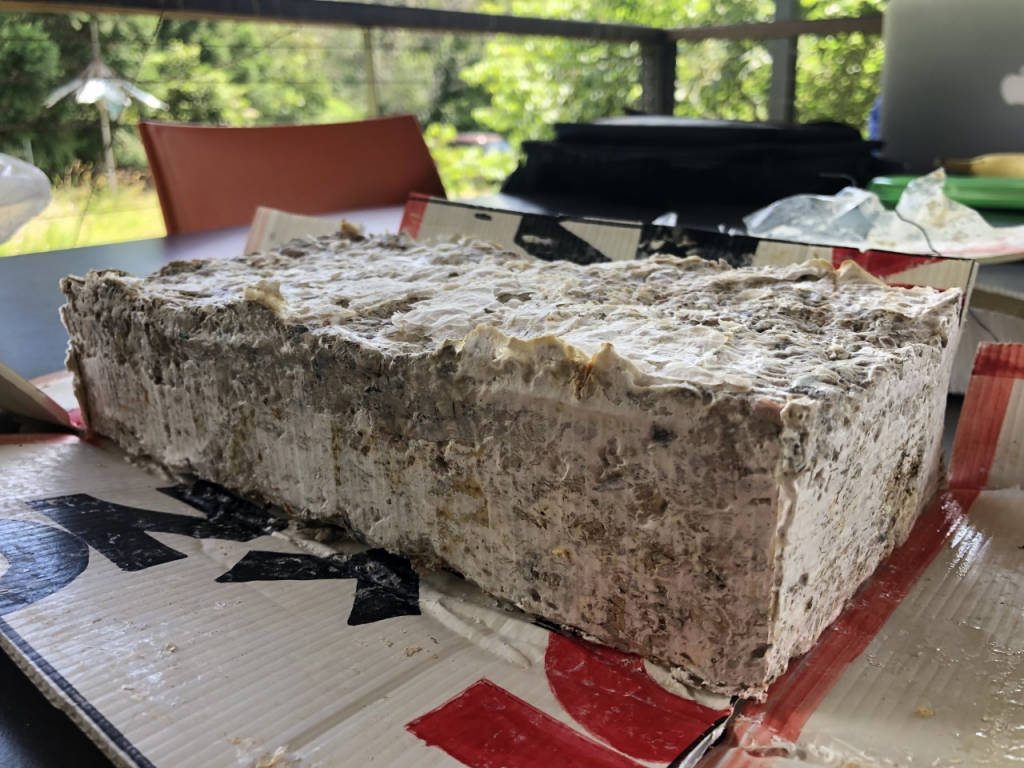