You are here:
People of Woodfordia 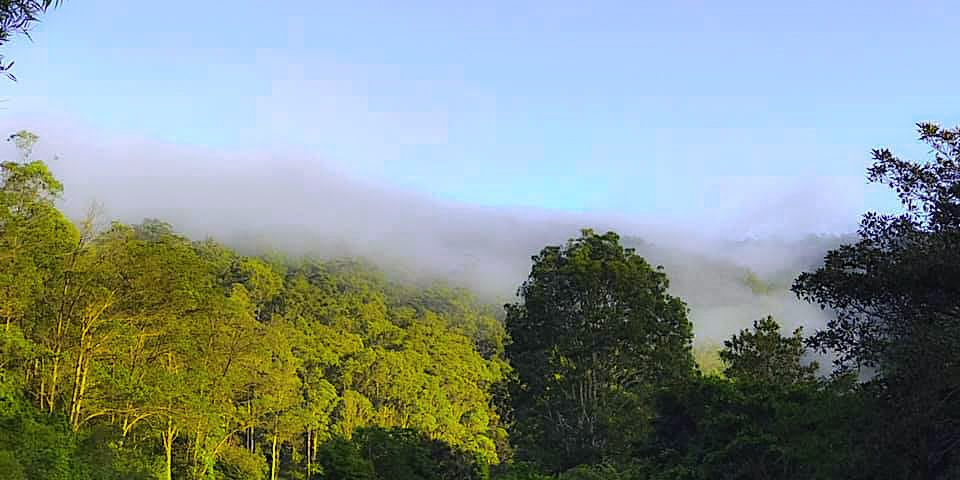 There were a few low-hanging clouds over Woodfordia on Saturday the 25 May, kissing the valley with their cool, misty air. It was a fresh morning and when the clouds lifted, the sky was blue and the sun was warm against rosy-cheeked faces. Citizens trickled into The Duck, some having camped out the night before and others just arriving on site. Coffee was poured and tea brewed, warming up hands and encouraging morning chats. Once a decent crew had arrived on site, the lovely Robin Clayfield lead us in a series of community connection activities. Citizens from way-back-when were linked up with brand newbies and the pairs swapped stories, explaining how they ended up a Woodfordian Citizen and what the organisation meant to them.

Woodfordian Artist in Residence, Gavin Ryan, had his public art mural set up in the sun off to the side of The Duck. A beautiful palette of pastel paints, a set of guidelines and some reassuring words from Gav, saw many citizens picking up a brush and adding their unique squiggles, dots or spots. The mural featured at The Planting festival at the beginning of May and its very special purpose is due to be revealed at Woodfordia’s Winter Warmer on 10 – 11 August. 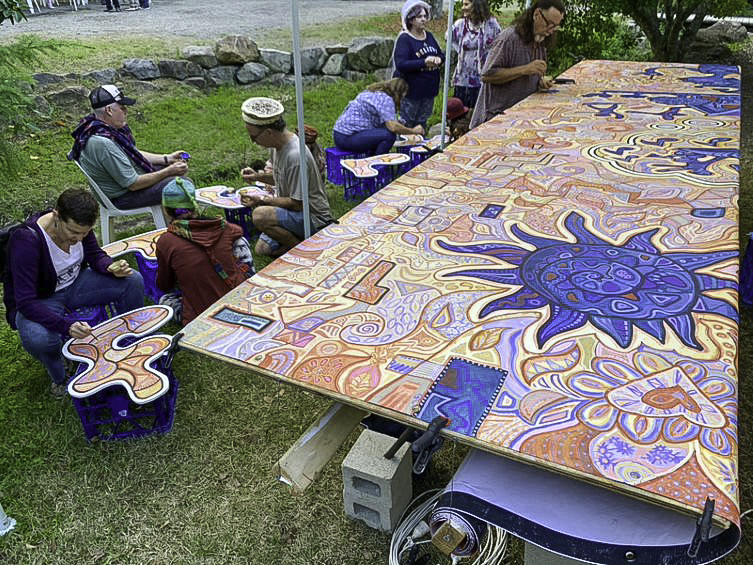 After a delightful lunch from the wizards in the kitchen, Bill addressed the packed-out tent, sharing some beautiful words about his dear friend and passionate Woodfordian, Bob Hawke. We stood for a minute’s silence in Bob’s honour, remembering his immense contributions to and great love of Woodfordia and all its citizens. Bill then passed the mic to McBride, who lead us into the various Tree Sessions and Party Meetings. Citizens broke off into groups, some tasked with coming up with a name for the new swimming lake; others discussing the steps involved in developing a school at Woodfordia; while at another session they were throwing around death puns, exploring how to use humour to deliver the idea of leaving a gift to Woodfordia in your will.

Plotting and planning behind us, it was time for play. Citizens young and old donned hats big, small, weird and weirder for the Madhatters Tea Party. There was cake, fruit, fingers sarnies and of course, massive vats of tea. “Damn, that’s a bloody good cuppa,” was a phrase heard more than once under The Duck that afternoon. As well as putting brush to canvas with Gav, citizens were invited to peep through a microscope with Environmental Projects Manager, Sandra Tuszynska, and learn about Woodfordia’s different soil types and how to encourage microscopic diversity. Becky Wandell, longstanding Woodfordian and pioneering TreeHugger, took another group on a tour of various planting sites around the beautiful piece of land that so many trees now call home. Back at The Duck, Bill taught a bunch of citizens the official language of Woodfordia while a less-confused lot played Kubb out on the grass. 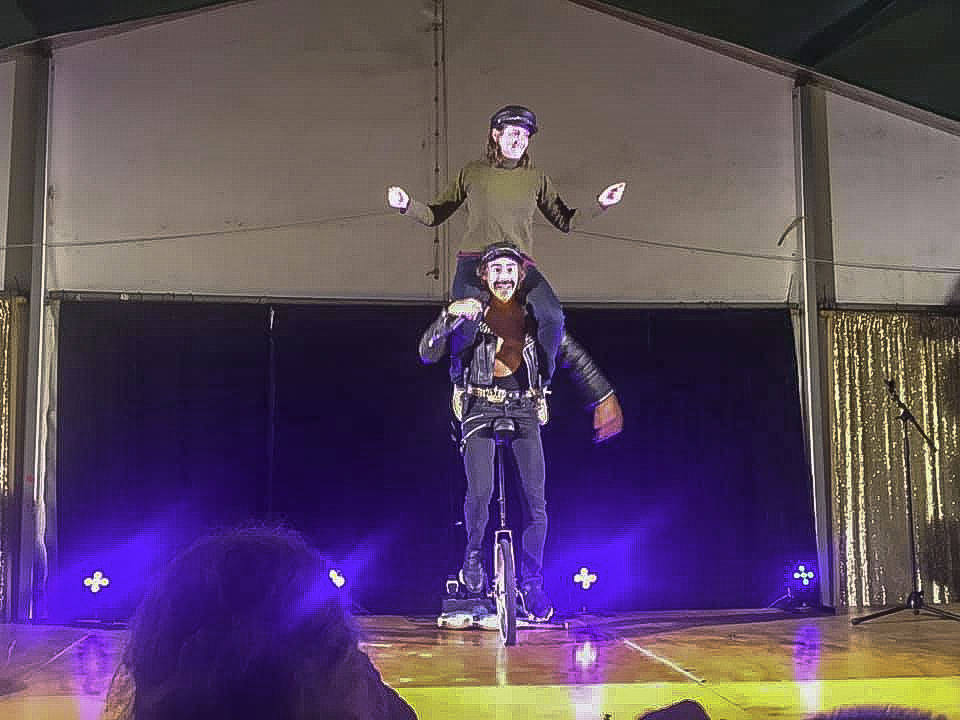 Come five o’clock, the sun started sneaking away, the bar opened and the AGM meeting kicked off. At the AGM, Frank Ramsden was recognised for his many years of service as the Treasurer. He passed the hat to Gerry Crotty, a long-time committee member, who will surely do a wonderful job, as Frank has done. The committee stepped down, elections took place and all were renominated to their positions. Dinner was nothing short of knock-your-socks-off delicious, filling The Duck with mouth-watering smells, laughter and quality dinner-table chat. The evening was rounded off with yet another hilarious performance from Mario: Queen of the Circus, who had us constantly cackling and occasionally gasping in awe. In true Woodfordian style, there were songs around a roaring campfire before goodnights were exchanged and we all bundled off to bed with that special warm ‘n’ fuzzy feeling that you can only get from a magical day spent at Woodfordia. Get out there, find yourself a wacky hat and stay tuned for the next Citizens Day. 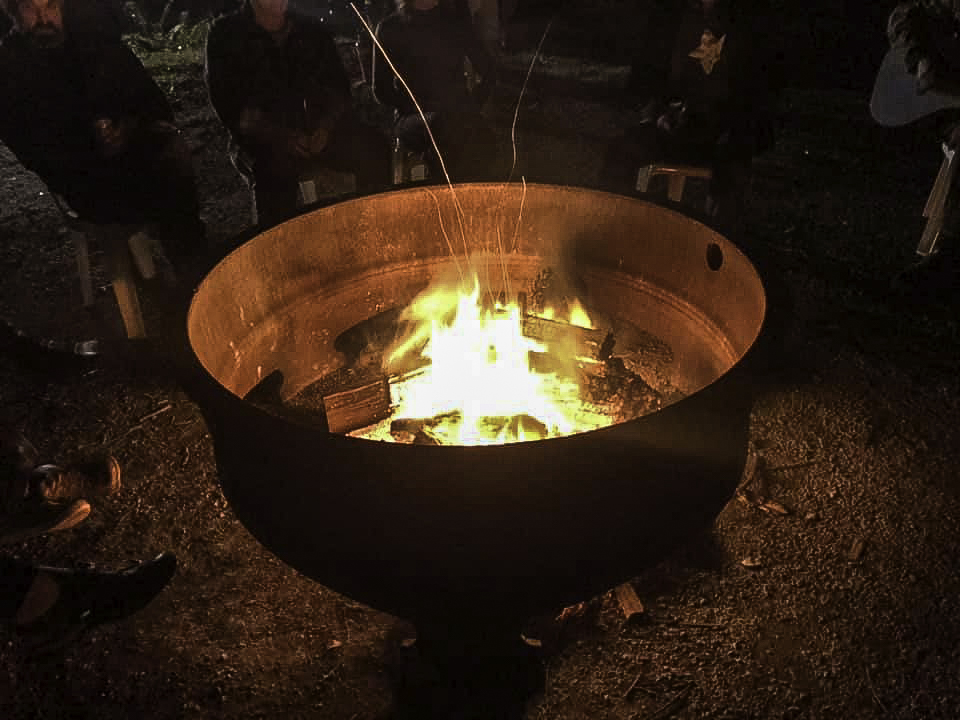 It wouldn’t be a Woodfordian weekend without chats, jams and nightcaps round the fire.

Become a Citizen and join the People’s Republic of Woodfordia!