Woodfordia have announced they will be holding their newer, smaller, Bushtime  event for six days over the traditional Woodford Folk Festival period, December 27 to January 1, as well as more opportunities for would-be campers to get close to the land during the holidays.

For the second year in a row, Woodfordia Inc, organisers of Woodford Folk Festival, have had to cancel the iconic event, due to the impacts of the global pandemic.

For the first time in its history, Woodfordia, the 500-acre parkland that is home to Lake Gkula, the iconic naturally filtered swimming lagoon – will be open for public camping over the Spring school break. Lake Gkula Camping bookings will open by the end of August for the September/October school holidays.

“While we behind the scenes are dearly missing putting together the Woodford Folk Festival, the financial implications for medium and large-scale events impacted by lockdowns are far too dire.” said General Manager, Amanda Jackes. “We know that many of our community – our patrons as well as the artistic community – are still looking to connect here on the land. While we are pretty heartbroken to not be holding Woodford Folk Festival for another year, we are encouraged to put our creative energies into Bushtime, and towards welcoming campers during the spring and summer holidays.”

A full programme of events for the December Bushtime will be published in early November, but organisers are certain that many die-hard Woodfordians will be securing tickets early, when the event goes on sale in mid-September.

Woodfordia Inc are hoping that the construction of 20 new permanent luxury glamping tents, made possible by the Queensland Government’s Growing Tourism Infrastructure Fund, will be popular with Bushtime and school holiday campers who like their ‘million star’ camping experiences to come with a touch of comfort. Bookings for the glamping tents will open later in the year.

“Bushtime was an immense success last year, with wonderful feedback from artists and patrons. It’s unlike us to put a cap on our ticketing, but Bushtime tickets will be extremely limited and if last year is any indication, it’s likely they will sell out before the programme is released.” Amanda continued.

The December Bushtime programme will embrace a slow pace in the morning, to encourage patrons ‘getting back to nature’ with a more diverse programme from mid-afternoon that includes comedy, cabaret, and ceremony, talks and workshops alongside the existing music programme.

Woodfordia’s newly imagined event, Bushtime started small and built steadily during 2020, until January 2021, when a snap lockdown caused a last-minute cancellation that resulted in a substantial financial loss.

“While we will be expanding the Bushtime programme this December to employ more artists, and to welcome more patrons, it is critical to our future that Bushtime does not place Woodfordia at financial risk during the ongoing uncertainty for live events created by the pandemic. We will be monitoring attendance and amenities very carefully to ensure a wonderful experience and brilliant value for money for those who are able to gather at Woodfordia.”

Amanda went on to say that while Woodfordia is always proud of the programmes it presents, the organisation now understands that during the summer months, there is a new star of the show – the beautiful swimming lake, Lake Gkula.

“It’s been far more popular than we predicted,” Amanda says. “We have to think of it as another venue now, especially in the mornings and mid-afternoons.”

Bushtime is imagined as an all-in, immersive, nature-based six-day camping experience and at this stage, organisers do not plan to offer one day tickets to the event.

“Every year we have calls and emails from people wanting to come and camp at Woodfordia to see what the site is like beyond our large events,” continued Amanda. “It’s wonderful to be able to offer people the chance to get closer to the land. We would never have taken this focus if it hadn’t been for changes to our industry, so there is a small silver lining.”

Spring holiday bookings for Woodfordia’s Lake Gkula Camping will open at the end of August.

Tickets for Bushtime in December will launch in mid-September, with pre-launch available to Woodfordia Citizens the week prior.

Woodfordia will be operating under Qld Government health directives regarding Covid-Safe Workplans, restrictions and vaccination status at the time of the event and campground delivery.

Workshops are only available to valid Bushtime ticket holders’ 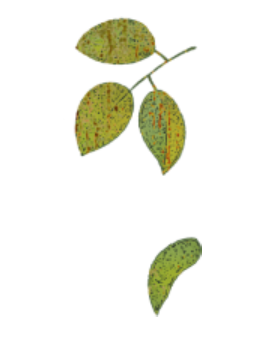